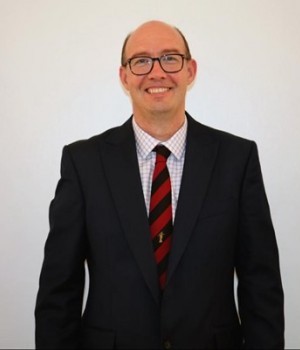 Ben Llewellyn-Jones, is an experienced diplomat who has worked in different parts of the world including Nigeria earlier in his career. He will be supporting all UK priorities in Nigeria but in particular economic development, trade and investment.

In London Ben Llewellyn-Jones has held a range of responsibilities including as the lead on the UK’s policy and programmes on climate change, business and investment, and policing and organised crime. He has also served as the Deputy Head, Climate Change and Energy Group, UK Foreign Office (London) from January 2009 to November, 2010; the Head of  Third Country Relations Team, UK Home Office (London, March 2006 to December 2006).

Ben Llewellyn-Jones has also held policy roles in Police and Organised Crime policy, UK Permanent Representation (embassy) to the EU amongst other roles. He is looking forward to using this wealth of experience across several fields to advance the UK-Nigeria relationship.

He was awarded Order of the British Empire (OBE) by HM the Queen in 2009 for his service to the Foreign and Commonwealth Office (now Foreign, Commonwealth and Development Office).

Ben is married to Laura Llewellyn-Jones and together they have two children. He enjoys sport (rugby, boxing) and walking.

With the success of Securex West Africa 2022 marking our biggest and best edition to date, we're excited about the prospects and growth potential for 2023! Get in touch now to secure the best stand at the exhibition.